The Spectacle for Guy Debord is the incessant propaganda of images that sell capitalism; it is a "worldview that has been materialized." An inconspicuous separation between reality and image is inherent to everyone. For Debord, the capitalist system thrives on keeping the masses in an obscure and an indefinable reality. 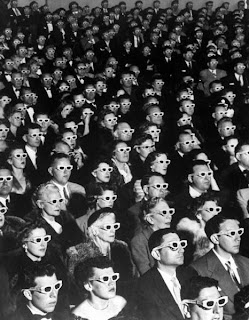 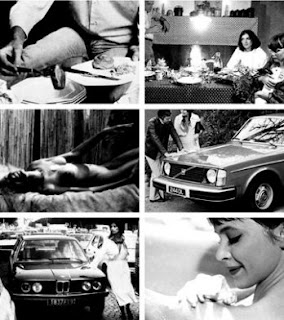 These never-ending images that foretell our decisions and opinions in Debord's Society of the Spectacle, may also be compared to Godard's use of montage, images that inform and foretell without actually telling us what to believe, but showing us what to believe. In his later films especially, Godard guides the viewer through an interweaving experience compounded with images that create a definition for the "narration".

Debord's Spectacle of semiology and Godard's use of Montage both have enticing tactics, which have the ability to attract and manipulate the voyeuristic eye.