The Personal as Political

The act of watching television is done in a private and domestic space; while the act of watching cinema is done in a public space. The same can be said about video -- the materiality of video indicate watching something that is private and amateurish (therefore more real?) The final essay I am working on will compare the often excluded early video experiments by Godard to early feminist video art. Like Godard, artists like Joan Jonas and Martha Rosler used video/television to produce work that deconstructed language of image by pointing the camera on their own body. For Godard his focus is on cinematic and television images, while Jonas and Rosler focus on stereotypical representations of their own images -- as women. Their own bodies, their presence in their videos, as well as the materiality of videotapes created a (personal) political framework that challenge then deconstruct then construct what an image is. 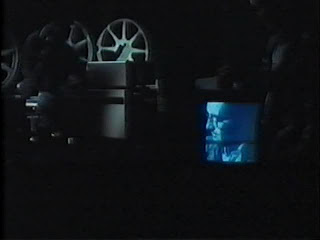 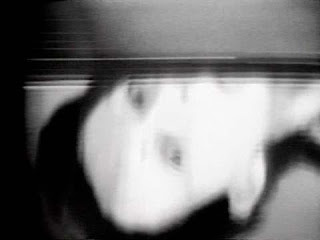 My focus will be on Godard's Soft & Hard and the beginning/end sequence of Numero Deux; and I will mainly look at Joan Jonas' 1972 video piece Vertical Roll, and other feminist videos such as Martha Rosler's Semiotics of the Kitch and Hermine Freed's Art Herstory. I am also focusing and tie in Rosalind Krauss' article "Video: The Aesthetics of Narcissism." Krauss' main argument is that video is a psychological medium, not a physical one: "video's real medium is a psychological situation, the very terms of which are to withdraw attention from an external object -- an Other -- and invest it in the Self." I would like to argue that video -- although having a narcissist view -- is a physical medium, one that ages and disintegrates over time just like oneself (and personal sphere).