This is a short excerpt from my paper. 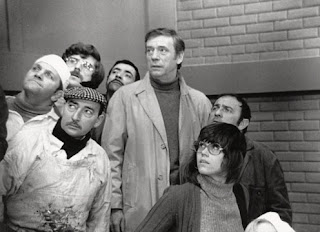 In the Emancipated Spectator, Jacques Ranciere adapts the premise of Joseph Jacotots Ignorant Schoolmaster and applies it to the practice of art. Ranciere makes the connection between the schoolmaster and the filmmaker stating that both are trying to transmit knowledge to their pupils/audience. But this very relationship rests on premise that the filmmaker/schoolmaster is exulted by his knowledge and only he can reveal the truth to the ignorant spectator. “The ignoramus is not simply one who does not yet know what the schoolmaster knows. She is the one who does not know what she does not know or how to know it, for his part the schoolmaster is not only the one who possesses the knowledge unknown by the ignoramus. He is also is the one who knows how to make it an object of knowledge, at what point and in accordance with what protocol.” (Ranciere 8)
Stultification results from the attempt to objectify knowledge which denies the spectators equality of experience. Ranciere argues that it is not the schoolmaster’s experience and wealth of knowledge that educates the ignorant spectator, rather it is her ability to show that she can learn on her own by, looking and listening, figuring out the meaning of what she has seen and heard, and comparing what she discovers with what she already knew. Is this not also the goal of the filmmaker? The filmmaker shows us scenes in order to provoke us into thinking and engaging with our own understanding of the world. Ranciere refers to this as the “distribution of the sensible”. Rather than position himself as a fountain of experience and knowledge that the spectator should revere, the filmmaker must instead awaken the spectator to engage with her distribution of the sensible. Yet, the modern cinematic apparatus rests on the process of stultification that cuts off the spectator from her emancipation.
Brecht’s development of the epic theater in the 1930’s was an attempt to challenge this conventional apparatus. Brecht wanted to challenge the illusory nature of the theatre, one that allows the spectator to comfortably sit in her seat and enjoy a play about poverty as a form of entertainment rather than a form of social engagement.
For Brecht the entertainment value of the theatre cast a veil over the political and social importance of works of art, allowing audiences to disengage from the politics behind them. A work, no matter how revolutionary its potential, can still be assimilated by the system of production that simultaneously delivers the it to the public without allowing space to challenge the injustice of that very system.  This realization is reached by Walter Benjamin who was also a close friend of Brecht who said “The bourgeois apparatus of production and publication can assimilate astonishing number of revolutionary themes, and can propagate them without seriously placing its own existence or the existence of the class that possess them into question“ (Benjamin 90). In order to challenge the spectators distribution of the sensible the artist must attack the forms in which art is delivered or risk it merely becoming another cultural object delivered by the commodity system that is hallowed of meaning.
These complaints are echoed a quarter century later in the work of Guy Debord and Godard. Though Godard will go on to fully realize the potential of these questions, Debord will struggle with his position as artist. It is important to note how Debord’s development of Brecht leads him to the creation of his film and book The Society of the Spectacle. In it he expands Brecht’s notion of the illusory theatre to include society as a whole. For Debord art had become a commodity, something to be exchanged as mere artifacts from a culture increasingly separated from the true meaning of life. Instead of seeing art or life, the spectator is caught up in a world of appearances and is unable to see beneath to the true nature of things. Debord argues for the end of production of art objects and the reintegration of art into everyday life. 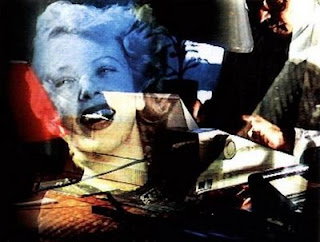 While Brecht and Debord offer an alternative view of producing work so that the form itself is also political, through various techniques both seem to miss a critical point. Both are overly concerned with educating their audiences to the injustices of the world as they, the artists, see them. There is an implication that their positions as artists have granted them special knowledge to the state of affairs that are unknowable to the masses. The irony is that in an attempt to liberate the spectator from the stranglehold of the spectacle, these artists have exulted themselves into a special position of knowing.
Perhaps this has less to do with these men and more to do with the very structure of the cinema. The spectator comes to sit and watch. She is told there is a message encoded into the work and if her intellectual credentials are high enough she will understand the intention of the filmmaker. But why should she be so fascinated by the intentions of the filmmaker. Her assumed interest in this illusory authoritative figure is based on the presumption that the meaning of the work is his, and she must discover it with his help. But first she must admit her own ignorance of the world.
This claim of definitive ownership denies the spectator her function as a collaborator of meaning. Her decoding of a work is superfluous compared to the “true” meaning intended by the artist. The intention of the artist becomes an end in itself, one that excludes the participation of the viewer. The concept of this truth exults the experience of the filmmaker as primary and all other experiences as insignificant. How are spectators expected to engage with a work that denies their very knowledge as beings? This is the crisis of modern art. It is a crisis that asks spectators not to be collaborators but consumers.