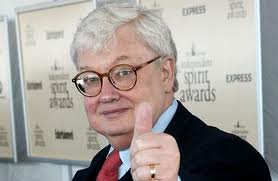 Godard's In Praise of Love made its mark stateside at perhaps an inopportune time. Shown as the closing night film of the New York Film Festival one month removed from September 11th, 2001 (the film was shown at the Toronto Film Festival at an even worse date: September 12th, 2001), Godard's partly critical assessment of Americanism left many critics angry and confused. They attacked the director for his "snide" jabs at American culture, for the country's lack of a historical past and for its frequenting "pain in the ass," obnoxious citizens. They felt that comments made about Hollywood and about Steven Spielberg and his 1993 award-winning hit, Schindler's List, were unjust and below the belt. They hated Godard's bantering word play when it came to the frequent "Which United States? The United States of North America? Are other States in America not united?" back-and-forth arguments between multiple characters in the film. They didn't favor the belief that Washington, D.C. controlled the American motion picture industry and that without film there would be no trade. They weren't fans of saying Julia Roberts' name in vain. They didn't like the scene where The Matrix's movie poster was so prominently displayed next to Robert Bresson's Pickpocket, as if it made a harsh statement on high versus low culture —  James Cameron's Titanic gets a mention in the film, but it's less about its content (the characters have yet to see it) than about the onslaught of media hype surrounding it. The critics didn't like being attacked at a time where patriotism and universalism (a concept referenced in the film) was being highly thought upon. They felt attacked for loving a film culture that Godard apparently had wanted nothing to do with.

Most of their claims are, in my opinion, unwarranted. They're just looking for an accessible way to voice their disdain for the film, and in doing so skip over the more crucial themes of the film, that of memory, language, Catholicism, recorded history captured in images and sound, and the real kicker, love. The negative reviews seem to harp on the second half (the digital, colorized portion) as if it made up more screen time than it actually does (approx. forty minutes, and only about half or so deals with the American execs). Their beefs with the film seem to stem more from Godard's post-Weekend filmography than with his In Praise of Love narrative; it's as if the first half of the film, frequently cited for its rousing cinematography, was a prelude to American-bashing and disdain.

In his review for the Chicago Sun Times, one of the more famous mainstream critics, Roger Ebert wrote on the film, "It is also painful to see [Godard] attack Hollywood as worthless and without history, when (as Charles Taylor points out on Salon.com), Godard was one of those who taught us about our film history; with his fellow New Wavers, he resurrected film noir, named it, celebrated it, even gave its directors bit parts in his films. Now that history (his as well as ours) has disappeared from his mind.

His attacks on Steven Spielberg are painful and unfair. Some of the fragments of his film involve a Spielberg company trying to buy the memories of Holocaust survivors for a Hollywood film (it will star, we learn, Juliette Binoche, who appeared in Hail Mary but has now apparently gone over to the dark side). Elsewhere in the film he accuses Spielberg of having made millions from Schindler's List while Mrs. Schindler lives in Argentina in poverty. One muses: (1) Has Godard, having also used her, sent her any money? (2) Has Godard or any other director living or dead done more than Spielberg, with his Holocaust Project, to honor and preserve the memories of the survivors? (3) Has Godard so lost the ability to go to the movies that, having once loved the works of Samuel Fuller and Nicholas Ray, he cannot view a Spielberg film except through a prism of anger?"

Ebert's review seems be missing the larger picture here. Godard's take on survivors of war selling their rights away to a country without history is not unfounded. And by implying that we are a country without history, Godard is not claiming that events such as the Civil War are fictitious; irony of ironies, for whatever reason, it's one of the less adapted wars for the silver screen. Is America not a country popularized by immigrants? Are our histories less American than (take your pick) French, Italian, German, etc.? And do not many American filmmakers, playwrights, and novelists take advantage of these countries' histories for self-gain? Of course this is a pessimistic view, but it is one not without precedence. What artform would you choose to craft your story? As the film asks,  a novel, a film, an opera? And the artistic license for each goes on.

A.O. Scott in The New York Times remarked in his review of  the film, "Anti-Americanism has long been a staple of French intellectual life, and its history is not entirely ignoble. But rather than address the complexities and contradictions of American cultural hegemony, Mr. Godard falls back into a pose of world-weary, Olympian disdain." Here, the critic does not deny the truth of the matter as much as he faults it for attempting to do something more and equates it to artistic laziness. Its success is beside the point. Godard would be damned if he did and damned if he didn't. Godard's films are always political in one way or another, but it is rarely their sole reason for being.

Owen Gleiberman of Entertainment Weekly expressed his anger towards the film by noting that "after switching to psychedelically charged video, [Godard] starts to bash the United States, taking particular relish in making Steven Spielberg his whipping boy...The anti-American didacticism can't be separated from the filmmaker's creeping rejection of life itself. The people in Godard's universe have become little more than puppets reciting Quotations From Chairman Jean-Luc." Is there a connection, as Gleiberman believes, between the "anti-American didacticism" and Godard's "creeping rejection of life itself?" Is that creeping rejection even in the movie? The connection seems to be grasping at straws. Or perhaps it's an example of another American critic taking offense to Godard's views of the U.S.A. and mustering up an attack on the man's oeuvre from there.

Note: By using the word "They" in this blog entry in reference to the critics, I do not refer to all American critics (J. Hoberman of The Village Voice was a fan of the film), but merely to those referenced above who appeared to attack Godard out of defense for their country.