Foucault’s “What is an Author:” A Retrospective 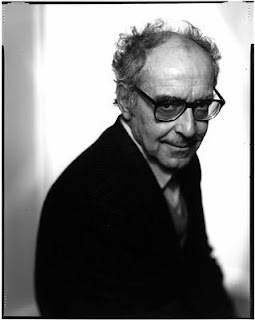 I thought it would be interesting to revisit the notion of author discussed at the beginning of the semester in retrospect to Godard’s later work. In light of Godard’s Histoire(s) du Cinema screened in class, I was curious to make a few parallels between Foucault’s “What is an Author?” and the issue of history, ownership and citation given Godard’s referencing to other films in this work, especially in Historie(s). This is not a claim to right an argument for or against the notion of  “author,” but merely to pose a few rhetorical thoughts on the intention of authorship, and history. Foucault brings attention to the historical relevance of ownership to text arguing that discourse was not always just a thing, but an act of decent in some cases (108). However, the most interesting claims are his explanations of the “author function.” Foucault writes, “the author function is therefore a characteristic of the mode of existence, circulation and functioning of certain discourses within a society” (108). In short Foucault goes on to describe the issues that pertain to the author function; however his fourth characteristic of the author function seems to be an intriguing parallel to thinking about Histoire(s) du Cinema and Godard. Foucault states the fourth characteristic as follows: “it [the author function] does not refer purely and simply to a real individual, since it can give rise simultaneously to several selves, to several subjects—positions that can be occupied by different classes of individuals” (113). This characteristic describes the complexity of authorship and influence of a given work. Foucault has mentioned earlier of the plural nature an individual because when one hears the name, one also relates the name to multiple references.  In regards to the plurality of the self or “several selves” it is interesting to think about influence being a part of authorship. For Foucault there is a distinction between ownership and authorship. While ownership suggests an inherent right to the work, authorship suggests a beginning or a process set in motion. With this quotation in mind, it is curious the role of ownership/authorship in regards to Historie(s). 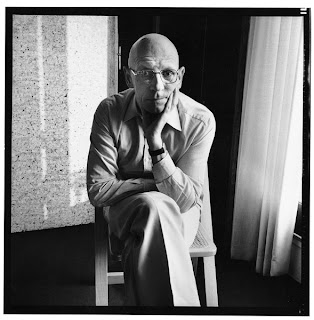 Godard composes a film that is entirely composed of references to other films, but simultaneously Godard put the project into motion. It is not just films that are referenced; it is individuals, media and art. Here, the question of ownership of these referenced texts are sometimes obscure, but other times familiar. The question is: Is it important for Godard to claim ownership or authorship to the film? Leading up to Historie(s), especially in his earlier films, he has laid claim to authorship in his work. However, this claim does not mean for Godard a method set completely in stone. Historie(s) is an interesting example because is lies in the somewhere in the in-between. One could trace the extensive references in the film; however, that only seems to be one component of the larger whole. Godard seems to be one step ahead of critics because it takes time before one finally catches up to his work, and as one does Godard has moved on to something else. That said, one final parallel to Foucault and Godard that needs mentioning is a line in the concluding paragraphs of the essay, Foucault writes,

“…as our society changes, at the very moment when it is in the process of changing, the author function will disappear, and in such a manner that fiction and its polysemous texts will once again function according to another mode, but still with a system of constraint—one which will no longer be the author, but which will have to be determine or, perhaps, experienced” (119).

It seems as though Foucault is speculating a time when the term author is no longer used to describe a work, but examined by, what he calls “the modes of existence” (120). It is interesting to draw attention to how history is portrayed in Histoire(s) du Cinema because it is everything, but simple. The title is a double if not triple meaning, but the content too has multiple meanings because each individual experiences the references a number of ways due to their own personal histories. It means something different for Godard as well. Histoire(s) becomes this working example of a work that could be examined using “the modes of existence.” One possible meaning or application of existence to the film could be the way the references function in the terms of personal memory to the viewer or someone writing about the film. However, this would be only one of many possible modes. The film is unique to those who experience it, an experience that goes beyond the individual who set it in motion, but more importantly how it exists.