Death is an idea that Godard explores in his work any number of times. With reference to Douglas Morrey’s book Jean-Luc Godard, I will briefly look at some of the recurrences of death in Godard’s films, and the significance of his preoccupation with this idea. 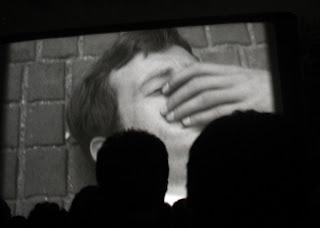 In Breathless, Michel Poiccard dies dramatically in the middle of the street in Paris, in a manhunt. This event, however, is foreshadowed earlier – for instance, in a moment, which seems to encapsulate the film’s uncertain tone, Michel follows a joke about a condemned man to ask, “Do you ever think about death? I think about it all the time.” Morrey quotes other instances that reference the passing of the years too quickly, the choice between grief and nothingness, and concludes that, the many premonitions lend an air of inevitability to the final event when it happens.

But in his analysis he rejects the clichéd existential interpretation of death in the film. Death is not invoked to remind us of the difficulty of the situation the lead characters face; it is not a device, therefore, to highlight human freedom and the need to take responsibility for our choices. On the contrary, Morrey quotes Maurice Blanchot, who proposes that Michel’s end is a “death without truth” His death cannot therefore be understood or overcome in any proper way, it is a symbol of that the unthinkable, which cannot be understood from within life. It echoes the failure of Michel and Patricia to communicate with each other. There is a strong sense of futility attached to it.

Whereas, in Contempt, Camille and Prokosch’s joint death in a car crash tends to appear absolutely out of the blue. Morrey agrees that it is easy to misconstrue Camille’s death as a form of punishment for her actions, her end maybe seen as being misogynistic twist to the narrative.

However, he points out that Camille’s death does not have any narrative motivation as in Breathless, and neither is it motivated by the overall circumstance, as in Nana’s end in Vivre sa vie. Nana’s death is again foretold through her identification through Joan of Arc, but Morrey argues that her death in a shootout between Raoul and a rival pimp is not a punishment for her whoredom. He analyses the film to show that Nana is in fact a very strong, and memorable character- she is an existential heroine who engages with the real questions of life.

Death makes an appearance in La Petit Soldat as well when Bruno kills Palivoda, motivated more by emotion, than by any political belief. Bruno also echoes Michel when he asks, “Do you ever think about death”, Blanchot points out that this is the single, central question, the question of everything- the question that cannot be asked. Bruno also refers to the extraordinary sensation of photographing death. 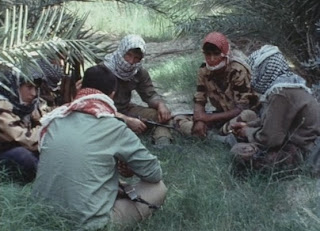 This idea of photographing death is explored further in Here and Elsewhere, when Godard talks about footage from 1970 that features people who are no longer alive- almost all the Palestinian actors died in attacks by the Jordanian Army. Godard then says, “The film filmed the actors in danger of death”. Morrey points out, then, that this idea relates to Jean Epstein and Cocteau’s poetically melancholic ideas that, “cinema films death at work on the faces and in the bodies of actors”

In effect then, we may conclude that in analyzing death in Godard’s films, some patterns exist. For one, the death of characters is often foretold and hangs over the film like a dark cloud, many times the death is not motivated by the narrative and is a symbol for the unknowability of existence, at other times, it is a more empowered sense of death that emerges as an existential victory over life’s meaninglessness.