As a self-proclaimed Maoist in the 60's, Godard in many, if not all, of his films touches on politics and encourages the viewer to ask him or herself questions relevant to contemporary political issues. Although politics is a conspicuous topic in many of his films, gender and morality always seems to have an undercurrent theme throughout the course of his work. Godard’s contemporary however touches on these subjects rather overtly. Eric Rohmer author and director of Six Moral Tales, is one of Godard’s French New Wave comrades, and two of his films that heavily carry the theme of morality, Ma Nuit Chez Maud and La Collectionneuse, share several similarities to Godard’s A Woman is a Woman and Vivre sa Vie. 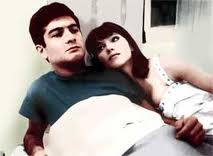 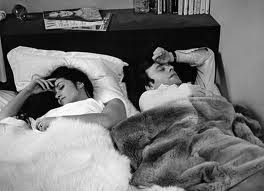 Angela, Maud, Nana, and Haydeé are all judged by their male counterparts for stepping out of what is considered to be the social norms.  They are promiscuous, coquettish and they challenge the traditional female role and the hegemonic male structure; for these reasons, the men in their lives share a love-hate relationship with them. 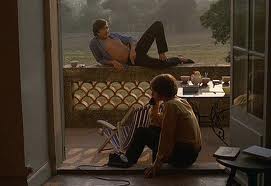 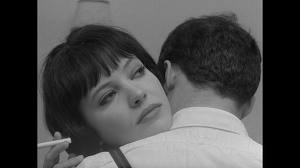 Rohmer literates his films, while Godard builds his films with imagery. The correlation of the two helps to define the French New Wave.

Email ThisBlogThis!Share to TwitterShare to FacebookShare to Pinterest
Labels: A Woman is a Woman, Angelica Ramirez, ar, Vivre sa Vie