"One Should Put Everything into a Film" 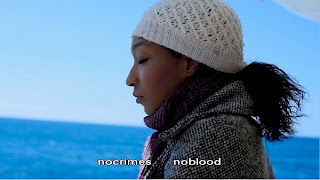 Inspired by Oz’s post on Godard and the nature of translation, I wanted to mention this article by Samuel Bréan from the current issue of Senses of Cinema about Godard’s latest work Film Socialisme.  In this film Godard pushes the presence of subtitles to the fore by subverting the commonplace use for them as a translating tool.  As he distorts the exact (if there is such a thing) translation into what he terms “Navajo English”, the subtitles cease to be a perceived addition to the film existing primarily to assist viewers and transform into an essential element of the film itself.  Godard seemingly has acknowledged the fact that the film, which has dialogue in over 10 languages, will only be shown with subtitles so it only makes sense that they should be part of the film- not an add on to be supervised by a subtitler.

Subtitles, as we have noted in class, tend to distort the language of the film due to the limiting nature of translation.  With Film Socialisme, Bréan argues “if Godard took the principle of reduction inherent to subtitling to an extreme (and added other peculiarities of his own), it is, among other things, to show how relative it is to try and assess a film without acknowledging the inevitable changes in perception caused by subtitling.” 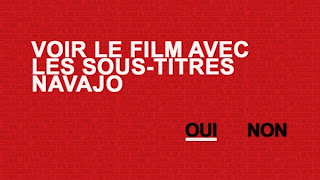 A rather fascinating article, Bréan tracks Godard’s approach to the issue of translation from Breathless to the present and also considers the debate as to whether the DVD release of Film Socialisme should have 'full’ subtitles rather than, or in addition to, the Navajo English.