Cinema, Life, and Stream of Consciousness 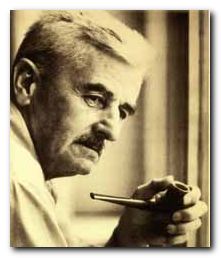 Early on in Douglas Morrey’s book Jean-Luc Godard, he mentions Godard’s fascination and some might say obsession with life as it pertains to cinema. This comes toward the end of Morrey’s discussion of Pierrot le Fou (1965) on page 25 of Scenes from a Domestic Life: 1960-1965. Morrey acknowledges this impasse between life and cinema as a paradox, he writes,

The paradox is, if anything, all the stranger in cinema which composes with real bodies, real objects and real light: the film image is that obscure point of convergence where fantasy becomes reality and reality fantasy, where the unconscious desire of both filmmakers and spectators achieve a fleshy incarnation just as the recorded reality recedes behind a fictional representation (25).

I think this citation, one could argue, is at the core of Godard’s efforts. Certainly this does not sum up the entire intricacies of his body of work; however, there is something about the notion of the stream of consciousness that is evident in a Godard film. In several cases, Godard mentions writer William Faulkner, who is well known for his stream of consciousness style, as well as the attention he gave to the use of language. In fact, Faulkner died in the early 60’s and because of Godard’s attention to Faulkner in his films would have been well aware and conscious of his death. Morrey briefly describes Godard’s stream of consciousness writing style that he wrote regarding Pierrot le Fou for Cahiers du Cinema (25). One cannot say exactly how Faulkner’s style influenced Godard, but the relationship is interesting. Morrey acknowledges the relationship between life, cinema, and Godard’s efforts to tackle this impasse in his work. Godard, like Faulkner, found a working methodology in the stream of consciousness. When Godard name-drops Faulkner he does so through this shared methodology. The difference is the medium in which the work is produced. Godard extends upon what Faulkner strived to do in his writing—create a text that is both life and work. Stream of consciousness is no longer language printed to paper, but in the cinema, the stream of consciousness engages with multiple sensory experiences in the form of sound, image, text, and language. Godard was inspired by Faulkner’s efforts to revolutionize the way we think of narrative structure. Cinema allows this paradox, as Morrey says, of real images, and real bodies to become both reality and fantasy.